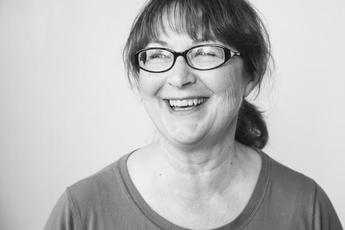 I've been studying and practicing natural wellness modalities for over 30 years, often taking advantage of being in the "right place at the right time."  As a result, I've had the good fortune to study various subjects in great depth with some truly wonderful teachers.

My initial certification in massage therapy was at the Virginia School of Massage in Charlottesville in 1993.    While completing massage study, I also certified in neuromuscular therapy (with Judith DeLany and Don Kelly of NMT Center) and acupressure (with Michael Reed Gach of Acupressure Institute) in 1992 at Potomac Massage Training Institute.  I was among the first wave of licensed massage therapists in VA and certified with the National Certification Board of Therapeutic Massage and Bodywork.  I also studied aromatherapy with Ann Berwick, co-founder of the National Association of Holistic Aromatherapists and long-time instructor at the Boulder (CO) School of Massage.

Ever curious about the human mind-body connection and how activities affect it, I completed a B.S. in therapeutic recreation at Virginia Commonwealth University in 1995.  About the same time, I became a student of Iyengar yoga in Charlottesville, VA.  I continued study of that style of yoga as I moved to Williamsburg, VA and then New York. Also in the 90s, I had the opportunity to take some short courses in somatic education (Trager Method, Feldenkrais Method, Rubenfeld Synergy, and others) but was not yet ready to pursue that in-depth.  ​By 2000, I had completed Medical Massage certification at the Baltimore School of Massage and professional aromatherapy training with American College of Health Sciences. Until about 2002, I maintained a massage therapy practice but, being unable to become licensed in New York, my interests turned elsewhere.

Throughout the 2000s, I became more focused on yoga, Pilates and somatics. During my 20+ years in New York, I took advantage of the wide range of offerings available throughout the region. My studies included:

In 2018, I began study of yoga therapy in viniyoga with YogaWell Institute.  After moving to Morgantown in 2019, that training was completed primarily online during the pandemic in 2021.

Working with students and clients is constantly interesting. I don't get tired of getting deeper into these areas, though my focus may change slightly from time to time.  ​I continue learning to deepen my understanding.  The pandemic curtailed travel to study with my favorite teachers but opened new opportunities in online learning, including conferences through American Organization for the Bodywork Therapies of Asia and BodyMind Centering Association.  I'm currently furthering studies in Chinese Medicine with Zen Shiatsu Chicago and plan further study in advanced shiatsu techniques with the International School of Shiatsu in PA.

After more than 30 years, I still don't feel like I "know it all"--but I am beginning to feel I have things that are worth sharing with others who want to become more comfortable in their own bodies or better teachers and bodyworkers.  I look forward to meeting you!